Being a so called elitist, certain things are essential in video games. One of those is obviously playing games in 60hz, certainly if they are coded that way in the first place. Regular followers on Twitter know how much I bang on about it, probably to their annoyance!

Anyway, another important aspect to me is picture quality, I want the best available. The first step is a CRT of course, no HD television has ever matched up to a CRT. The next step is the connection to the TV and it still staggers me how few people know about the merits of RGB. It's pretty much the best connection you can get to a standard definition CRT. Component is possible but they seem to be very rare, at least in the UK.

Anyway, here are some pictures comparing RGB and composite which is the same as RF/RCA.

Pause menu composite. You can really see the bleeding in the red and the general blurriness of the image. 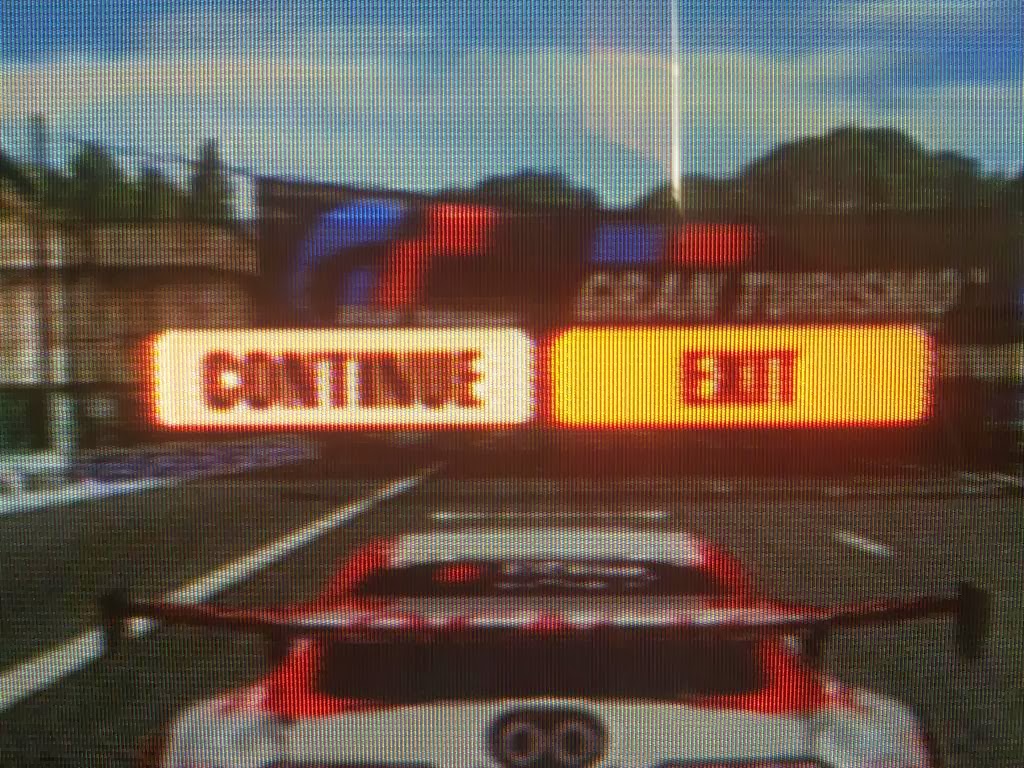 RGB. Much sharper here. Not as vivid in terms of colour but that is because the colour is in focus. The image is still extremely bright in reality. 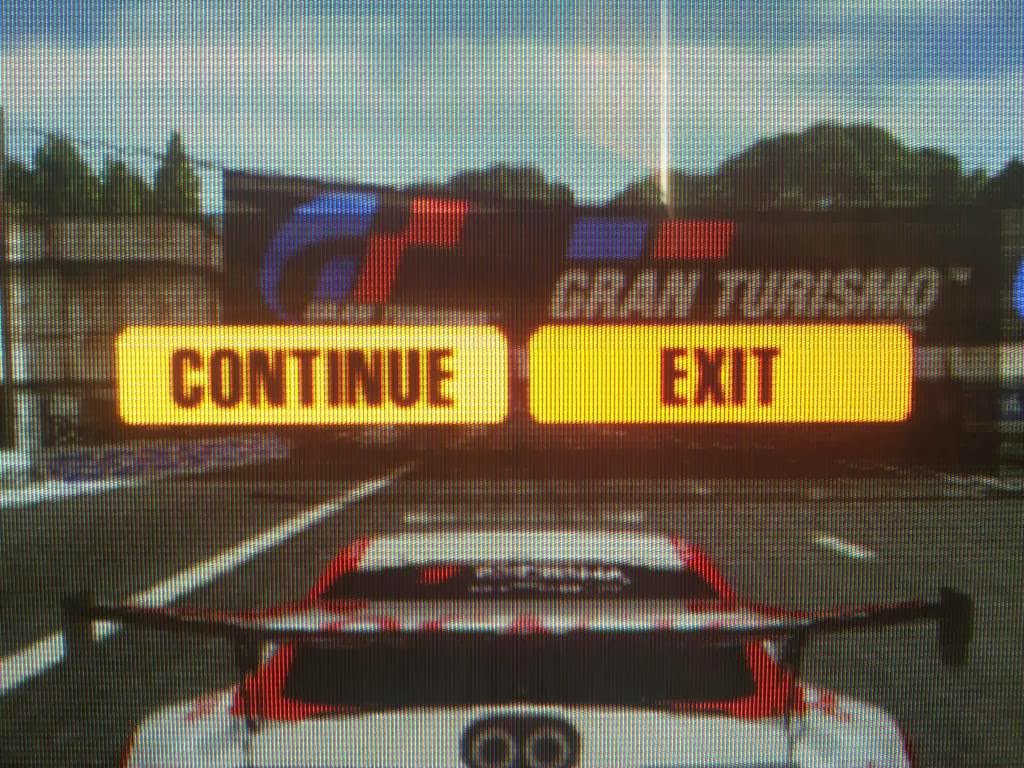 Composite far shot. Looks a little better in this far shot but colour is bleeding all over the place. Lines are also very grainy and lacking definition. 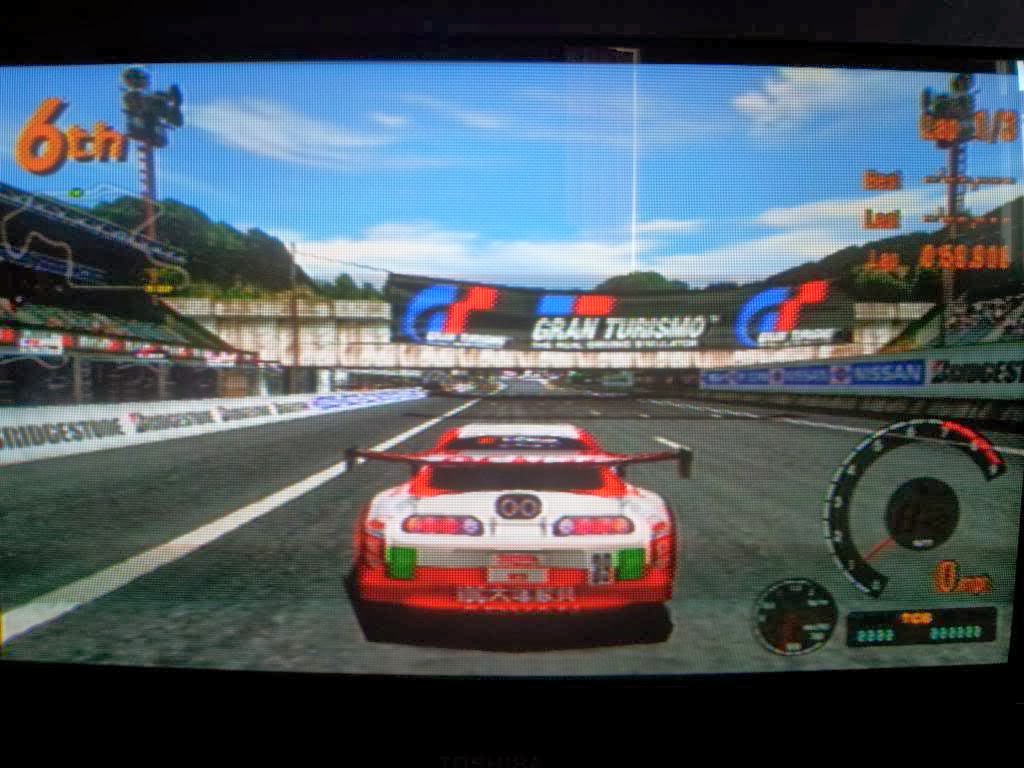 RGB far shot. Much better definition and the colours are in the correct places. You can also see the extra detail in the track and the writing on the car. 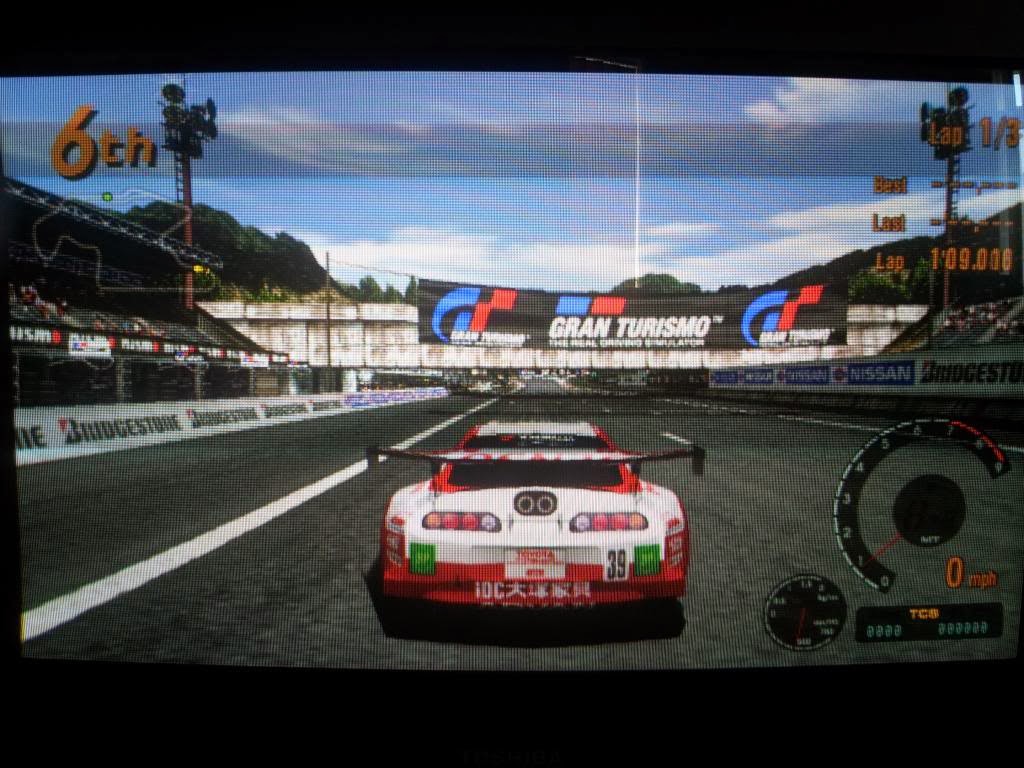 Orange lines are extremely out of focus which is common with the signal. 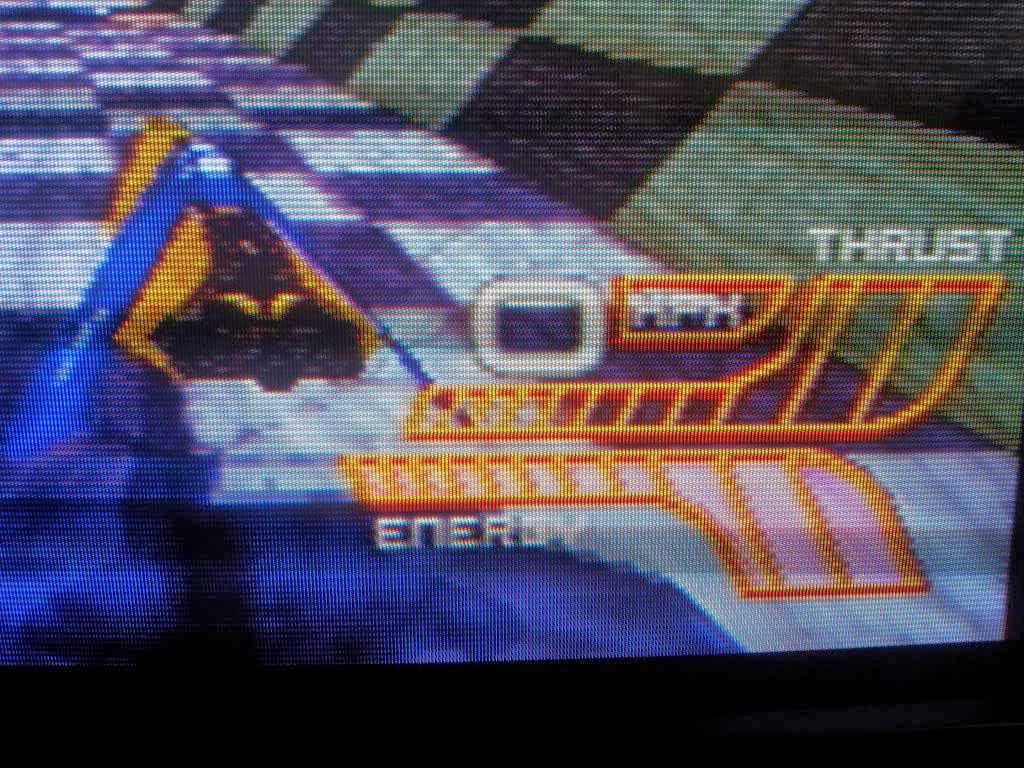 RBG shot. Crystal clear text and energy bars. You can see the black outlines too. 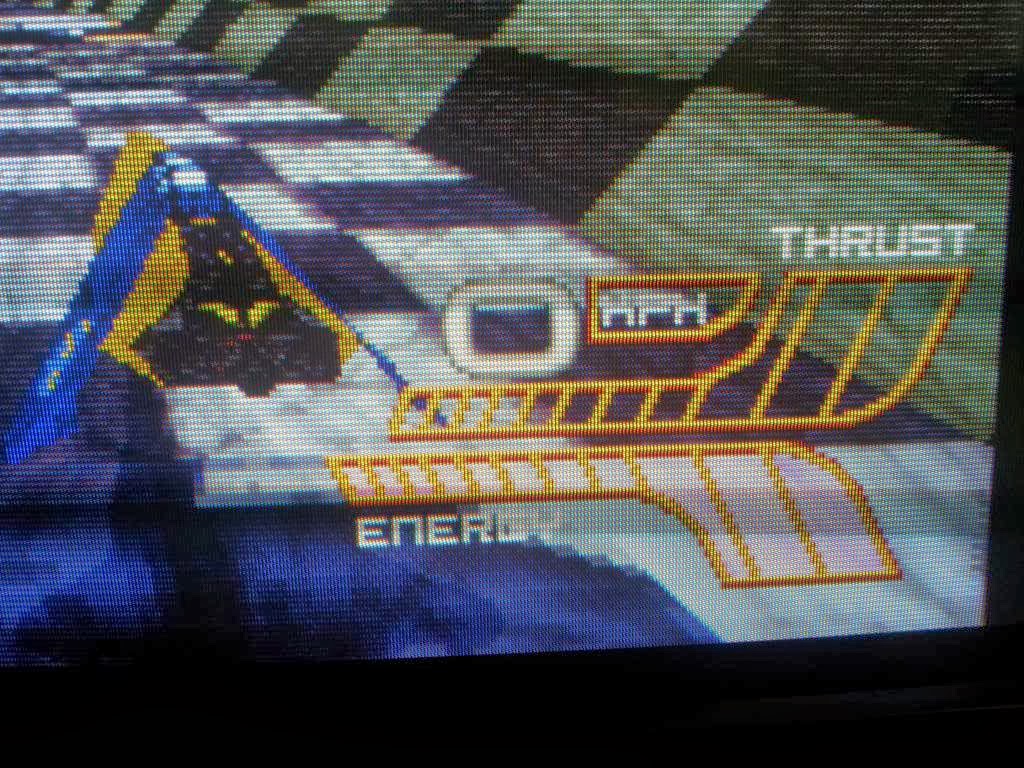 Composite far. The colours of the FEISAR ship are blurry. 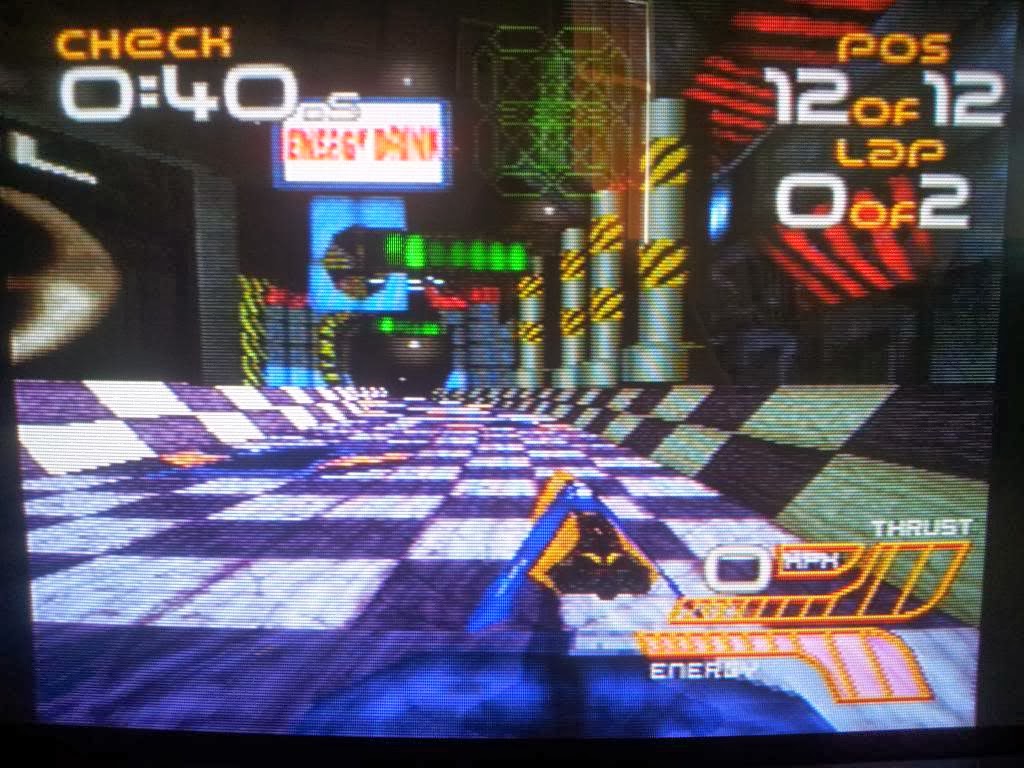 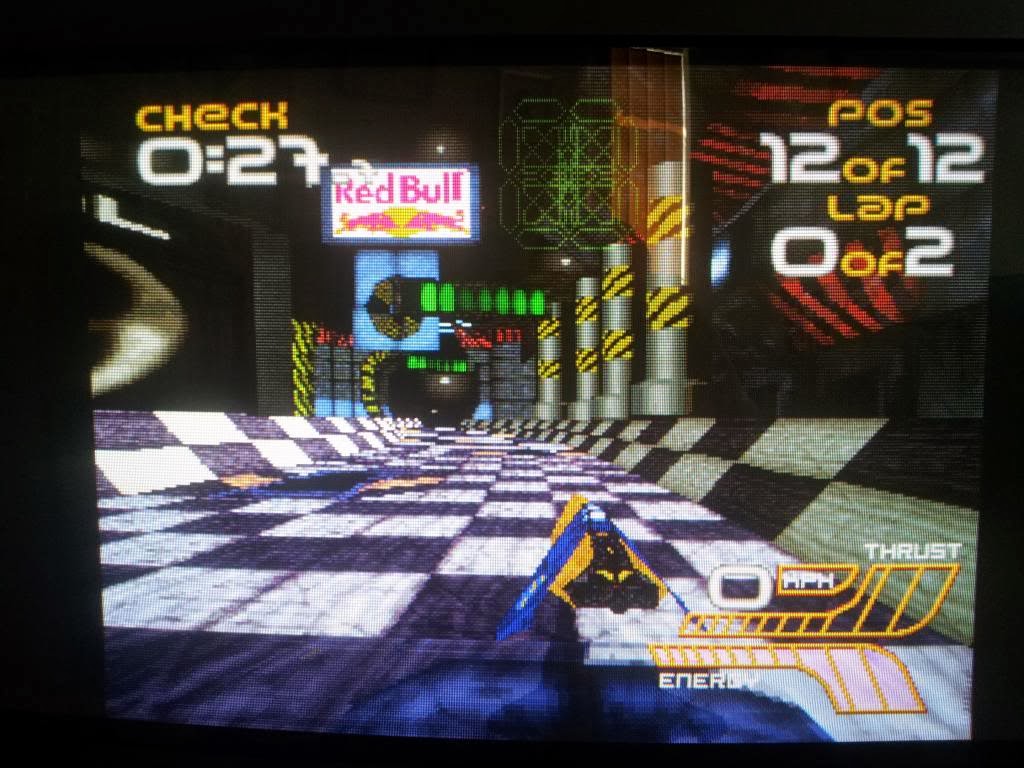 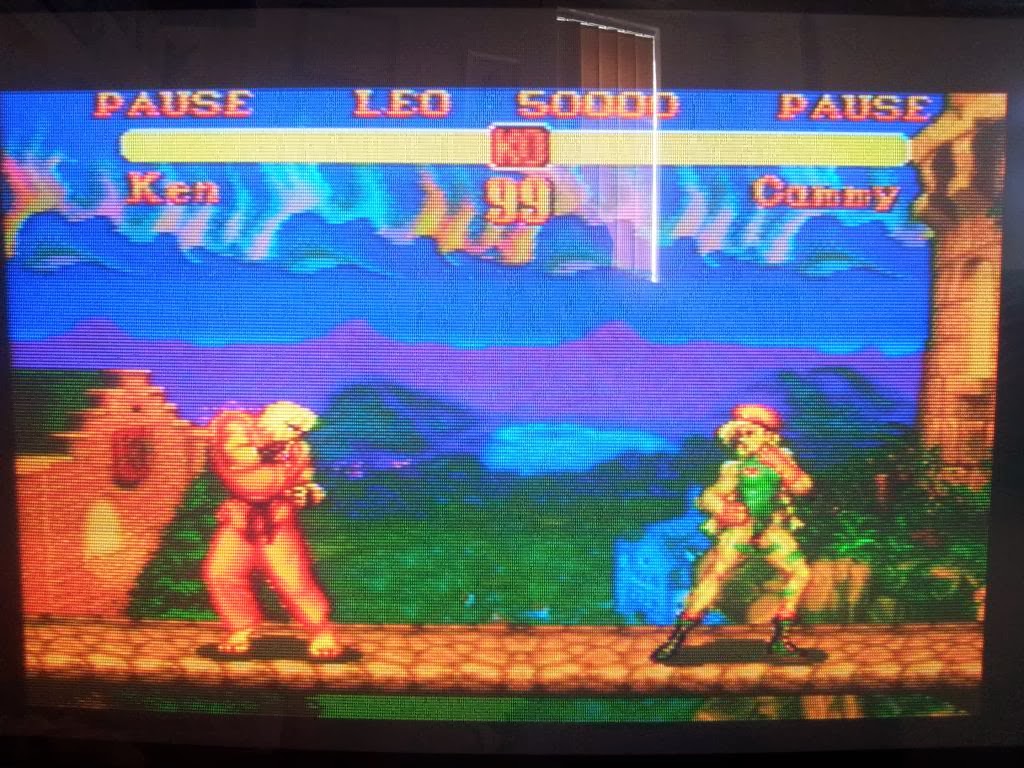 RGB. The harsh Northern Lights are much smoother here. Ken's costume is in focus. 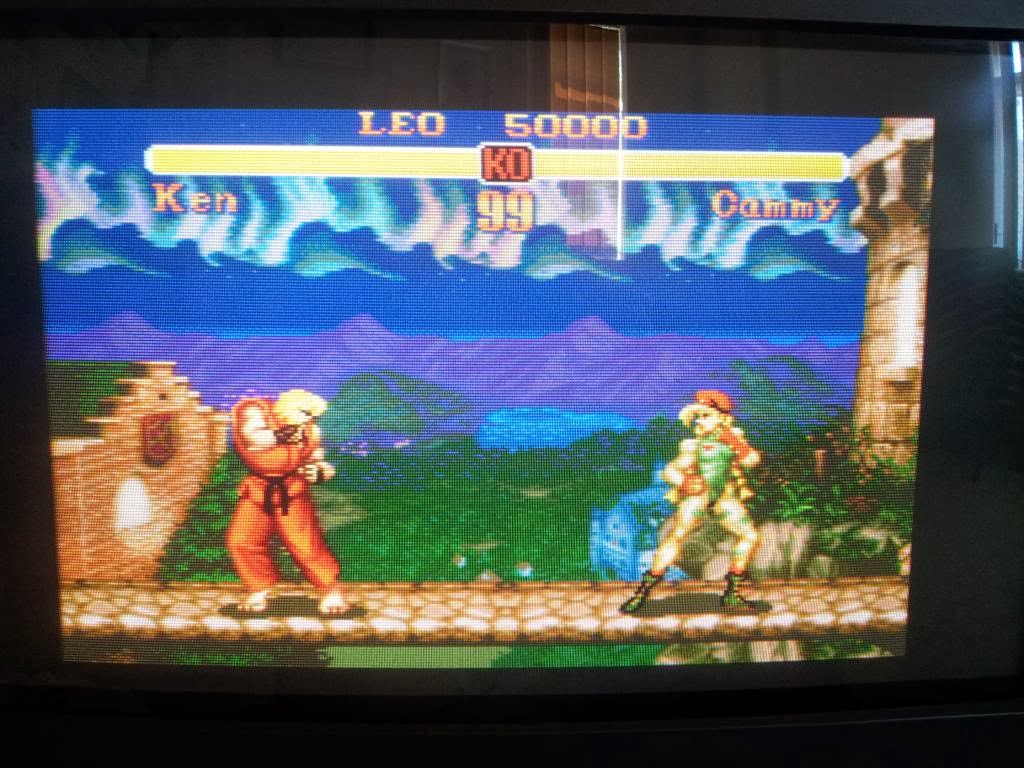 Composite close. You can see the insane colour bleeding again. 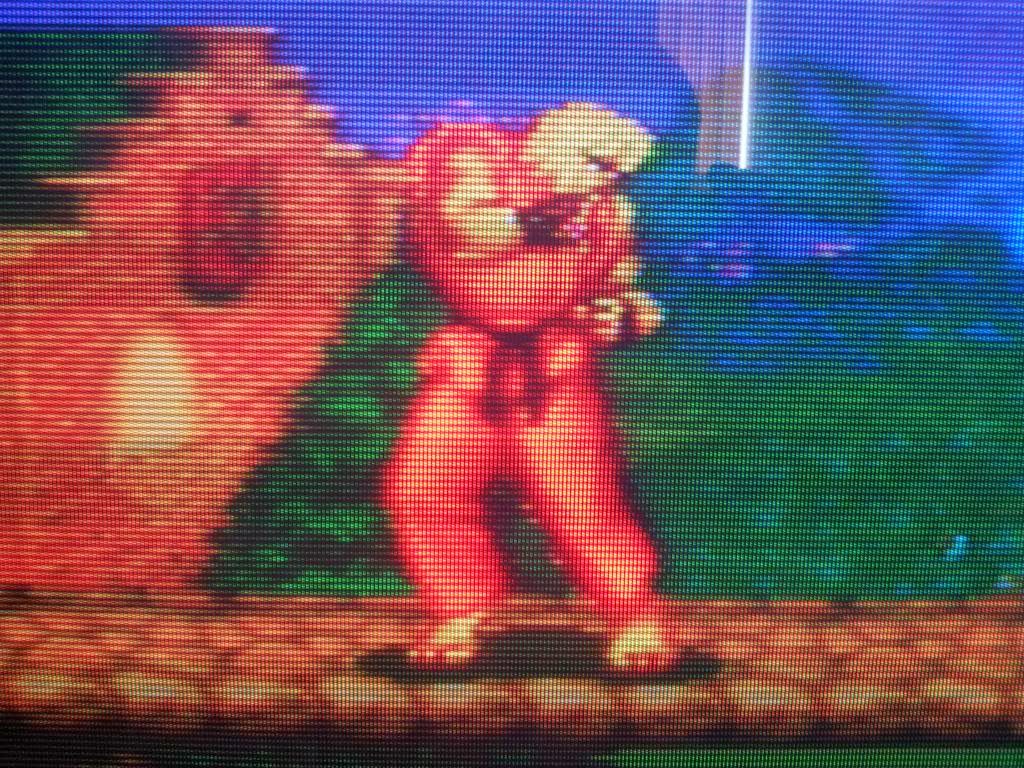 RGB. All of the colours back in place and Ken looks a lot better than before. Better background definition too. 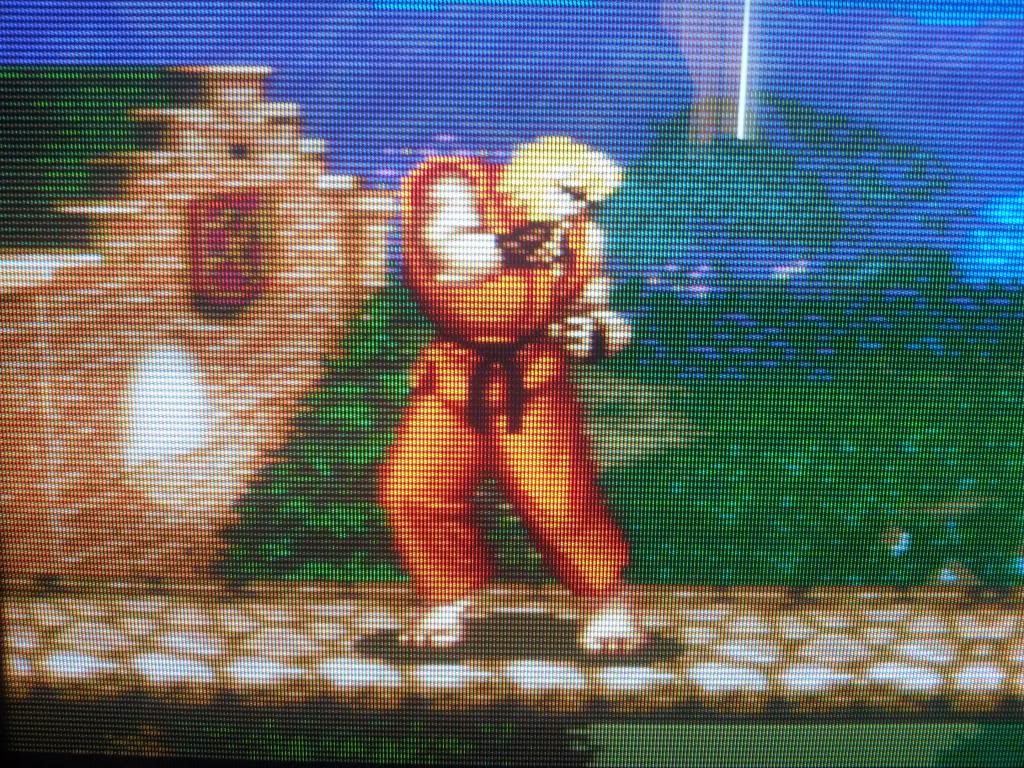 So there we have it. RGB is hugely superior and vital if you have a CRT. Cables are generally cheap if you don't go official and a good quality scart switcher will also save the socket on your TV.
Posted by Unknown at 14:00